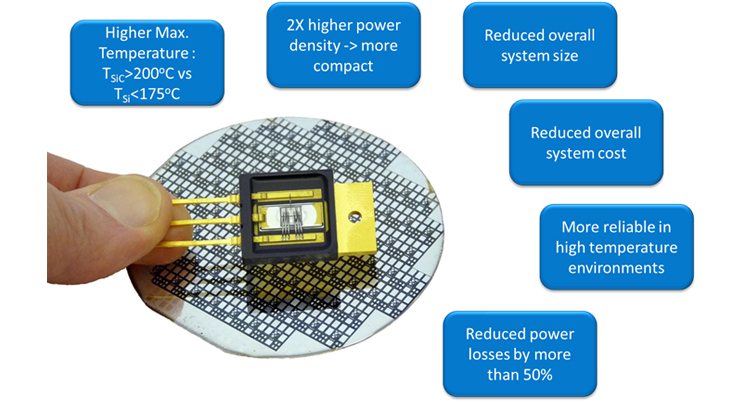 Silicon carbide (SiC) is obviously superior to silicon and silicon arsenide in terms of the band gap, breakdown electric field and thermal conductivity.